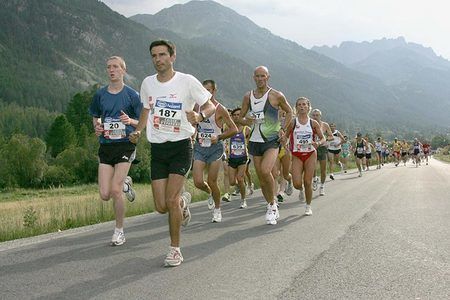 It was in 1975 that the testing was established under the leadership of Chief Warrant Officer Robert Delmas, then an officer in the Sports Office 159 th RIA. The latter had the idea of ​​creating a large pedestrian test. The sports club is launching in 1976 in organizing a running race which regrouped to the first edition 86 riders. The choice of course was developed based on two factors: find a relatively rolling route, accessible to the greatest number, and also allow participants to run in a pleasant setting. Thus the Clarée valley is logically imposed in the minds of the organizers, although other sectors in the Briançon could have been chosen, such as the Marathon Guisane.Semi Valley Nevache Briancon

The peculiarity of the half marathon, dice the first edition, was the descent of the Gargoyle and the crossing of the old town. The arrival was considered Galicia BEY up at the bottom of the central street. The results were chalked on a board schoolboy, near the finish.

After five years at the head of the race director, Chief Warrant Officer Delmas passed the torch to MATHIEU captain in the 80 latter is investing to provide new impetus to the race by the arrive in the pregnant barracks. It seeks to develop the popular side of the race at the time in France, the road races are booming. Between 120 and 150 riders line up at the start.

In 1987 it was Chief Warrant Officer Jacques SLIMAN who takes the reins of the organisation.Très good runner, he joined the test foreign elite racers. Russian, Czech and Italian of course are the hallmark of the race and give a momentum to the test so that at the end of the 80s, they are on average 700 to 800 riders coming down between Névache and Briançon. The semi is the biggest race of the Hautes Alpes.

Half Marathon Nevache Briancon
Since 2010 after the withdrawal of the army, is a three-headed organizing committee: Sports Services, Briançon Tourist Office and Running in Briançon has the difficult task with many volunteers reemphasize the quality of the organization
2011, it is the birth of a new test next half marathon, to enable everyone to discover the road race: the 10km of the Clarée Valley.

Average score out of 123 reviews